Is Salt Good of Bad For You Especially If You Have Diabetes?

The answer to whether salt is good or bad for you is today’s topic. Google information may tell you that you should eat as much salt as you want? Is that true, is that true for everyone. I will tell you one thing. They don’t tell the entire story. They just want to throw flashy titles and attract attention. For example, they will talk about salt’s effect on BP but they don’t say anything about how salt affects the risk of kidney stones, etc. Today we will dive deep into all the studies and understand the true meaning and results of cutting salt and individual variability in cutting back on salt. Also, we will talk about who will respond with lower BP or not cut back on salt and how this will affect your blood pressure medications.

I generally have a problem with doctors making blanket statements and talking like one diet will fit everyone for diabetes, for high blood pressure, etc. Wrong! People are different. Everyone responds to food and lifestyle changes differently. I will tell you how you can determine if you personally lower your salt in your diet and whether it will help you personally to lower blood pressure and we will talk about some other risks of high salt.

Can Diabetics Eat Salt, Is Salt Good or Bad For Them?

When I work with diabetes and high blood pressure, I focus on hormone problems because they are all at the root of these problems, too. Some “ youtube” doctors who haven’t been trained in endocrinology make big blanket claims, which irritates me because half of what they say is not true or won’t apply to everyone. There is a lot of debate about how salt and blood pressure are linked. There is no more time for that. I’ll get to the point this time. You probably know me. I shoot straight and don’t have time to be political. I am a scientist and I look at the data as a whole not just cherry-pick studies and present. It is so easy to mislead and deceive laypeople because they don’t know any better. No more of that, especially on my channel.

I watched a few videos on YouTube that said that salt is food for you and that you can eat as much salt as you want. I was shocked. A lot of people who have high blood pressure could be hurt by this. This is not only irresponsible, but it could also be dangerous. They say that because they think their audience is on a keto diet. Yes, on the keto diet and intermittent fasting you are going to be more lenient with salt and get away with it a lot easier. But how many people are on the keto diet consistently and how many people practice IF consistently? We already know that insulin resistance could cause high blood pressure through compensatory hyperinsulinemia which high insulin. Insulin has been shown to stimulate the sympathetic nervous system, make the kidneys store more sodium, change how sodium moves through the body, and make vascular smooth muscle grow bigger causing high blood pressure. That is not the point here.

What Is Salt Sensitivity?

Here is the deal! The response of the blood pressure (BP) to changes in salt intake is not the same for everyone. “Salt sensitivity” is the term that has been used to describe this. Those people who have the biggest rise in their blood pressure when they eat more salt and the biggest drop when they eat less salt have been called “salt sensitive.” People who have little or no change in their blood pressure when they eat more salt have been called “salt-resistant” (SR). There is no widely agreed-upon threshold for SS.  So you give it a try go very low salt for 2 weeks and keep an eye on your blood pressure during this time. If your systolic blood pressure drops 5 or more points, your blood pressure is salt sensitive. If you don’t see that much difference at least you are salt resistant and don’t worry about eating less salt then. See It is that easy. But why? Before you try you may want to know your chances of being salt-sensitive or not right?  Here is how. 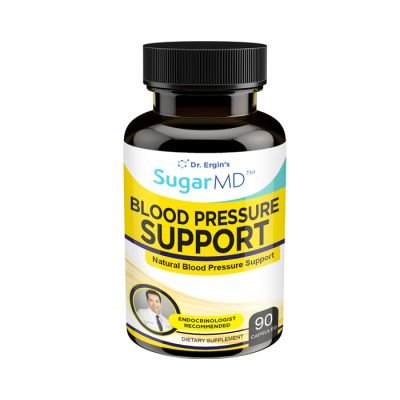 Back to the topic, SS can be affected by your gender, age, diabetes status, weight status, genetics, and more. Let’s talk more about this.

People’s blood pressure may rise and fall differently when they eat more salt. This could be because of biological differences between people and sometimes simply imprecision in BP measurements, or both. However, many studies, mostly done on rodents, show that true biological differences are also likely to play a role. Most of the genetic problems that have been found in SS hypertensive rodents so far have to do with how kidney salt excretion is controlled. Indeed, most mechanistic studies have linked salt sensitivity to subclinical kidney problems, especially how the kidneys deal with sodium excretion, as a possible cause. However, new ways of looking at genetics are uncovering new ways of looking at things.

What Factors Can Determine Whether Salt is Good or Bad For You?

There are some human studies that say that age, gender, race-ethnicity, weight, and some medical conditions (like hypertension, diabetes, and chronic kidney disease) might affect how your blood pressure changes when you eat salt.

The general conclusion was If you cut back on sodium, your blood pressure will go down more than if you don’t cut back on sodium at all. People who ate less salt in the DASH-Sodium study saw their systolic pressure go down 8 mmHg in African-Americans and 5 mmHg in non-African Americans but they did not differentiate who was SS vs SR

They also found that older people have a bigger drop in blood pressure than younger people after cutting back on salt.

How Does Cutting Back On Salt Affect Your Medication Efficacy?

In addition to lowering blood pressure, cutting back on sodium intake can make antihypertensive drugs work better for most people, except for calcium channel blockers like amlodipine, which may not work as well. Following treatment with a diuretic such as hydrochlorothiazide, low sodium can reduce the risk of potassium loss due to diuretic.

Cutting back on salt makes the blood pressure more dependent on angiotensin II because of a reduction in sodium in the diet. This makes the ACE inhibitors like lisinopril or any medication that ends with pril in that regard or the angiotensin II receptor blocker (ARB) such as losartan or any med that ends with artan more effective. People who are black may be more sensitive to cutting back on their sodium intake than people who are white. Even people who are taking a diuretic and an ACE inhibitor can benefit from cutting back on their sodium intake.

What if you have kidney disease?

In people with proteinuric chronic kidney disease who are already taking ACE inhibitors, cutting back on sodium intake significantly lowers both blood pressure and proteinuria. This is more than what can be done by adding an ARB to the ACE inhibitor.

Does Cutting Back On Sodium Help Prevent Heart Attacks or Strokes?

In theory, cutting back on sodium should cut down on heart disease because it lowers blood pressure and prevents hypertension. Overall, the best available evidence strongly suggests that people should cut back on their sodium intake to help prevent heart disease and stroke.

Several studies have looked at the public health benefits and costs of cutting back on salt. They found that cutting back on salt can help people with high blood pressure. In one study, cutting back on salt intake by 3 grams a day was estimated to save 194,000 to 392,000 quality-adjusted life years and cut health care costs by a lot, while cutting the number of deaths each year by 44,000 to 92,000.

Few studies have directly looked at how cutting back on sodium affects cardiovascular health and death. Over five years, those who took part in the largest of these studies were less likely to have a stroke and less likely to die. They replaced table salt with a potassium-enriched salt substitute that was 75 percent sodium chloride and 25 percent potassium chloride. The relative risk of cardiovascular events was cut by 25% to 30%.

Other things that can go wrong when you have too much sodium in your body are also bad. People who eat too much sodium have other problems, not just high blood pressure. A lot of evidence, as well as one clinical study, shows that people who eat more salt have bigger left ventricular mass in their hearts. Other studies have shown that cutting back on sodium improves the structure and function of the arteries. In addition, too much sodium may raise the risk of stomach cancer, proteinuria, kidney stones, and osteoporosis. The last two disorders show how sodium intake and calcium excretion are linked. As sodium intake rises, so does calcium excretion from your kidneys.

Also in 2 studies, it was shown that people who eat a lot of salt are more likely to get headaches. Some evidence has also linked high sodium intake to changes in the immune system and autoimmune diseases, like multiple sclerosis.

There is no evidence that a low sodium intake is a public health problem, but there are some people who think it is. Even though cutting your sodium intake to nothing might make your insulin resistance and blood lipids worse, moderate sodium reduction doesn’t. Potential side effects of cutting back on sodium include an increase in uric acid and a rise in plasma renin activity (PRA). However, the clinical significance of small increases in uric acid and PRA as a result of cutting back on sodium and other antihypertensive drugs isn’t clear. In fact, thiazide-like diuretics, which are antihypertensive drugs that raise uric acid and PRA, significantly cut the risk of heart disease.

I hope that answered your questions about salt intake and how it affects your overall health. That concludes this video. I hope you learned something today, and if you did, subscribe and pass this video on to someone you think may benefit from it.

Dr. Ergin is a distinguished endocrinologist who has trained in Cleveland Clinic, published 2 books and many scientific articles. He is known as SugarMD on youtube.

The views/opinions expressed by contributors and/or product reviews are their own and not necessarily those of. These reviews should not be taken as recommendations but rather customer opinions of the products that they have used. The real SugarMD Nutrition™ customers featured in our videos were compensated for their time. Results may vary. Furthermore, makes no warranty or representation, expressed or implied, as to the accuracy or sufficiency of the information contributed by outside sources, and assumes no responsibility or liability regarding the use of such information. All doctors mentioned and/or featured on this site are paid partners of SugarMD Nutrition™. The statements on this site have not been evaluated by the FDA. The information provided in content sections, customer reviews and testimonials is intended for educational purposes only. Products sold on are not intended to diagnose, treat, cure, or prevent any disease. If you are pregnant, nursing, taking medication, have a medical condition, or are under the age of 18, consult your physician before using this product. Immediately discontinue use and consult your physician if you experience any adverse reaction to this product.